When our thoroughly American family of five moved from the wide-open spaces of Castle Rock, Colorado (population 7,600), to the noise, rush, and crush of teeming Tokyo (population 27,600,000), we knew that we were in for a long journey, in more ways than one. The trip itself seemed endless–it took two taxis, four buses, two airplanes, one train, one subway, and more of those assembly-line meals on little plastic trays than I care to remember. Our flight to Tokyo took off in July and didn’t land until August. While this was actually just a quirk that came from crossing the International Date Line, we all felt as if we’d been traveling for a month or more when the jet finally came to a stop at Narita International Airport. Still, we didn’t realize how far we had come until we got settled in Asia and began to look around.

For a family that had previously considered it fairly exotic just to cross a county line, the prospect of moving to a vastly different culture had an element of adventure to it. Ever since my bosses at The Washington Post had asked me, a few months earlier, to take over the paper’s Tokyo bureau, we had been eagerly studying the life skills that we would need in our new home: eating soup with chopsticks, washing at the public bath, greeting people with a polite bow, taking a child’s temperature in Centigrade, and so forth. But on that August afternoon when we finally landed at Narita and took our bearings, we felt deflated. The place looked depressingly ordinary. It was an airport, after all, a vast sea of concrete with planes from United and Northwest and British Airways tooling around and people with big orange fans in each hand guiding the planes to their parking spots. In the terminal, there were crowds of travelers and lots of signs, primarily in English, leading us to Customs, Baggage Claim, and the like. The PA system was broadcasting announcements in English as well. For this we packed up all our belongings and traveled halfway around the planet? We’ve been here, we thought. We’ve done this.

Fairly quickly, though, it became clear that this wasn’t just another airport–or at least, not an airport like the ones we knew back home. Those workers out on the tarmac, guiding the planes, pumping fuel, unloading luggage, weren’t dressed in the standard jeans and T-shirts; they wore neatly pressed gray uniforms, maroon neckties, and white gloves. And when our jet successfully steered up to the landing gate and came to a stop, the entire uniformed crew lined up on the tarmac beside the plane to give us a deep, respectful bow of welcome. As for the signs and PA announcements in the terminal, they were in English, but not the sort of English we knew back home. The first poster we spotted, just inside the door at International Arrivals, said, “Welcome to Here!” We found this friendly, if a little strange. When we boarded the shuttle bus to get to the train station, a chipper tape-recorded voice welcomed us again, in English, and said, “We hope you enjoy your life on our bus.” Friendly, but a little strange. My favorite sign, on the wall of the Narita Airport train station, had a delicious ambiguity to it: “We are glad you could come in Tokyo,” it said. Was this just a mistaken English preposition, or something more suggestive?

Over the next few weeks, as we adjusted to life in the new land, we found many more indications that Asia really was the distant and different place we had imagined. The countryside really was marked by patch after square patch of pale green rice shoots rising from the paddy fields beside bamboo groves swaying gracefully in the breeze. A couple of times I saw farmers in round-brimmed straw hats bending over the rice crop, knee-deep in mud–an image straight out of my junior high world geography text, circa 1960.

As we settled in Tokyo, and began traveling to Osaka, Seoul, Singapore, and the other major cities of East Asia, we relished the sights and smells and flavors that seemed to match our expectations for a place called The Orient. We bought fried octopus and roasted ginkgo nuts on the street. We rode that notorious commuter train out of Tokyo’s Shinjuku station–our kids called it the pancake train–where polite conductors with white gloves really do push you onto the train, jamming three hundred riders into a car built to seat fifty. In almost every big city we found impossibly crowded, noisy, bustling, fragrant, and delicious Asian bazaars--tightly jammed collections of tiny shops, stands, or handcarts stacked with goods, with runners in rice-straw hats weaving through the crowds, pushing wagons filled with fresh fish or bunches of bananas or color TV sets or cases of sunglasses or massive burlap sacks full of rubber bands.

These places were incredibly fun and colorful–and great shopping as well. On Petaling Street in the old Chinese section of Kuala Lumpur, I bought not one but two solid gold watches for a total price of $8. Genuine Rolex, too–the salesman told me so. In the marvelous Nandaemun Market in Seoul, where youthful waitresses slithered through the crowded alleys with five lunches, on five separate trays, stacked neatly on their heads, some guy sold me a brand-new pair of Nike Airs–a $180 pair of running shoes–for $13. As he pocketed my money, the salesman decided to come clean. “Actually, they’re not really brand-new,” he told me, in a half whisper. “Actually, they’re not really Nike, either.”

But for all the sights and sounds that came straight out of the textbooks and the travel guides, we also found something, in East Asian countries in the 1990s, that we hadn’t expected. We found ourselves smack in the middle of a fundamental shift in world history–a basic realignment of global stature and political power that will change the way the world has worked for the past five hundred years or so. To use a phrase we heard time and again, we found ourselves in the Asian century. 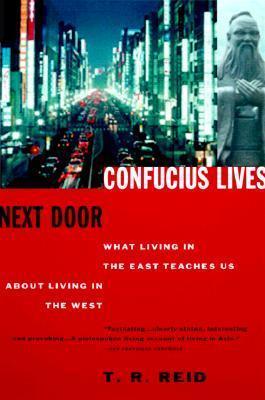